From the Office of Readings today

When the Lord had explained what these bad shepherds seek, he also said what they neglect. The defects of the sheep are widespread. There are a very few healthy, fat sheep – that is, those that are made strong by feeding on the truth, by God’s gift making good use of the pastures – but they are not safe from the bad shepherds. Those shepherds not only do not look after the sick, the weak, the wandering and the lost, but they do as much harm as they can to the strong and sleek among the flock. Those sheep survive – by the mercy of God they survive – but the bad shepherds do what they can to kill them.
You may ask how they do this. By living badly, by setting a bad example. There was a reason why the servants of God, eminent among shepherds, were told In everything you do make yourself an example to them of working for good, and Be a model for the faithful. Often even a strong sheep, seeing its leader living a wicked life, will turn from contemplation of the laws of the Lord to the behaviour of the man and say to itself, “if my leader lives thus, who am I that I should do things differently?” In that way the shepherd is killing the strong sheep: and if the strong, then what of the rest? Even if their strength did not come from his care – even if they were strong and healthy before he saw them – still he is killing him by his evil life.
I say this to your loving kindness, I say it again: even if the sheep are living strong in the word of the Lord, even if they follow what their Lord has told them: Do what they say; but what they do, do not do yourselves, whoever lives wickedly in the sight of the people is a murderer in so far as he is able. Let him not flatter himself that his victim is not dead. The victim is not dead but the man is still a murderer. When a man lusts after a woman then even if she remains chaste he is still an adulterer. The Lord’s judgement is clear and true: If a man looks at a woman lustfully, he has already committed adultery with her in his heart. He has not come to her in his bedroom but in the interior bedroom of his heart he is already in the throes of passion with her.
And so it is that anyone who lives wickedly in the sight of those over whom he has authority is killing them, even the strong ones, as far as he is able. Whoever imitates him dies and whoever does not imitate him lives, but as far as he himself is concerned he is killing them all. As the Lord says, You are killing the fattest sheep but you do not feed my flock.

Posted by The Archer of the Forest at 7:40 PM

Patroness Saint of the Blog 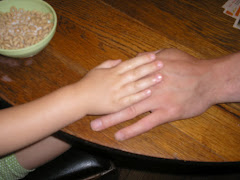 The Archer of the Forest

The Archer of the Forest
Hastings, Nebraska, United States
Troubler of the Internet: One half C.S. Lewis, one half Johnny Cash, with just a dash of Dave Berry for flavor.

CS Lewis Quote of the Day